The relationship between American Jews and Israel has ebbed and flowed since the Jewish state’s founding in 1948, punctuated by a series of watershed events. The most pronounced of these, experts say, include the Six Day War, the 1982 Lebanon War, the Oslo Peace Accords between Israel and the PLO and the Second Intifada. In a few weeks, you can add “Israeli annexation of the West Bank” to that list.

“It will drive a further wedge between Israelis and American Jews,” said Lauren Strauss, who teaches Jewish studies at American University.

Israeli Prime Minister Benjamin Netanyahu has long vowed to annex major Jewish settlements in the West Bank along with the Jordan Valley, but his recent reelection has empowered him to actually do so and an announcement is expected in early July.

There is a common refrain that while Israel aims to be Jewish, democratic and in control of the West Bank, it can only maintain any two of those conditions over the long term. So long as its occupation of the West Bank is temporary, pending a final agreement with the Palestinian Authority, it has been able to juggle all three.

Israeli ambassador Ron Dermer argued in a Washington Post op-ed last week that the July move toward annexation won’t change this delicate balance because it leaves the door open to a two-state solution and respects President Donald Trump’s peace plan.

But University of Texas at Arlington professor Brent Sasley, who studies Israel, said that any unilateral annexation that covers large swaths of the West Bank will effectively sink the possibility of a future Palestinian state.

“There’s a tendency by some people to assume that a Palestinian state just means some chunk of land they can be autonomous in, no matter how large, but that’s just not the case,” Sasley said.

While the Israeli government under Netanyahu has for years promoted policies that have alienated large segments of American Jews, Sasley said annexation crosses a new line.

“This would be the first big declaration that Israel is absolutely done with the premise of Oslo and the idea there could be two states is now completely thrown out the window,” he said.

It remains unclear exactly how broad the July announcement will be, or when annexation would officially take effect. Regardless, the announcement is likely to have major symbolic influence on American Jews.

“I think the impact comes when the announcement is made because honestly American Jews are not on the ground in Israel to understand the day-to-day situation,” said Marc Dollinger, a Jewish studies professor at San Francisco State University.

Dollinger said that the annexation news may get buried by coverage of the COVID-19 pandemic, though several groups are seeking to ensure that doesn’t happen.

The centrist Israel Policy Forum has been holding a series of online calls with supporters featuring Israeli national security experts and seeking to galvanize opposition to annexation, and U.S. House Democrats are circulating a letter condemning the move.

“The special relationship that the American Jewish community enjoys with Israel is based in part on shared values,” said Susie Gelman, board chair of the Israel Policy Forum. “If Israel begins annexing and is not prepared to give Palestinians in the annexed parts of the West Bank full rights, including the right to vote, then the concept of shared values will be significantly challenged.”

(Gelman is a member of the owners group of Mid-Atlantic Media, which publishes Washington Jewish Week.)

If annexation does go through, Israel Policy Forum would not seek a cut in U.S. aid to Israel. The national Jewish anti-occupation group IfNotNow sees annexation as an opportunity to push elected officials and major Jewish organizations to support conditioning U.S. military aid to Israel.

“The Israeli government has crossed a thousand red lines that should never have been crossed and we’ve seen hundreds of strongly-worded statements do nothing,” said Becca Ludlow, an IfNotNow leader working on the organization’s response to annexation.

Demands that mainstream Jewish organizations do more to oppose annexation are likely to strain the pro-Israel consensus in the community. Umbrella groups like the Conference of Presidents of Major Jewish Organizations, which was founded in 1956 to serve as a unified voice in support of Israel, have already been struggling with which positions accurately represent the views of their membership.

“Annexation will be another signpost in the decentralization of the ‘pro-Israel’ message from the American Jewish community,” said Strauss.

That could mean the current shared understandings of how synagogues, day schools and other Jewish institutions that maintain a Zionist identity should teach about, and engage with, Israel could be upended.

“Voices that used to be considered marginal or frankly anti-Israel will start being seen as more concerned with building an Israel that American Jews believe in than the standard flag-waving voices that have historically controlled the dialogue,” Strauss said.

Organizations like AIPAC are already walking a tightrope on annexation. According to JTA, the group has told congressional lawmakers that it is comfortable with them criticizing Israel over annexation.

“These organizations are taken as, and present themselves as, authoritative representatives of the Jewish community,” Sasley said. “But they can’t do that if their foreign policy positions are heavily debated within the community — they’ll lose their clout.”

One challenger to the mainstream is the right wing Zionist Organization of America. It supports annexation, which it calls “sovereignty,” as “the only rational, humane, security-minded choice,” as leaders Mort Klein and Mark Levenson wrote last week in the Jerusalem Post.

“American Jews support applying sovereignty, too,” they said, arguing that in the recent World Zionist Congress elections, “record numbers of American Jews (over 120,000
people) voted… and the majority voted for the organizations that favor sovereignty (usually explicitly).”

Experts agree that even if annexation alienates many American Jews who see it as compromising Israel’s democratic nature, they are unlikely to stop visiting the country or otherwise sever ties in the short term. But a generational divide may be further exacerbated and sow the seeds of greater change as young Jews ascend to communal leadership positions.

“I don’t think there’s anything that could be done to stop the younger Jews from withdrawing support from Israel,” Dollinger said. “This would be a precipitous shift from anything that’s happened in Israel’s earlier history.”

Dollinger said annexation may mark a new low point in the relationship between American Jews and Israel. While the 2008 and 2014 wars in Gaza caused discomfort among some liberal American Jews for what was perceived as disproportionate bombing campaigns by the Israeli military, the fact Hamas was actively firing rockets at Israel kept mainstream leaders and institutions supportive of Israel.

But by appearing to effectively end the two-state solution and put Israeli democracy in jeopardy without provocation, annexation will be different, Dollinger said, and force American Jews to pick sides.

“It is going to make the term progressive Zionist, which is what a lot of the American Jews like to be, an oxymoron,” he said.

Annexation may also make it more difficult for liberal Jews to engage in the ongoing Black Lives Matter protests and other progressive causes. While many Jewish organizations work with allies who disagree with them on issues related to Israel-Palestine, annexation could make some of those relationships untenable.

“It’ll make it a lot harder for American Jewish institutions to maintain their relationships with other institutions outside of the Jewish community,” Sasley said. “Even if the Jewish groups don’t support annexation they’ll still face accusations because Israel is part of their identity.

Strauss said that while it will cause significant turmoil, a further break between American and Israeli Jews may end up better reflecting a reality that has been ignored for decades.

“It’s more genuine to wash away some of the cobwebs of the past that imagine this romantic relationship between Israelis and American Jews that never really existed,” she said. “It’s healthier for leaders to say we are very different — we’re cousins, but we’re not the same.”

Arno Rosenfeld is a Washington-based writer. 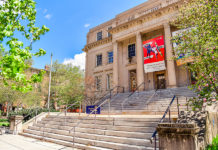 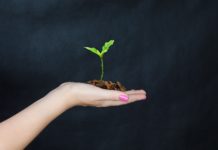 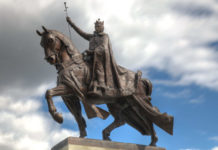